5J Media, LLC  was founded in 2009 in Phoenix with the desire to be a one-stop shop for a wide range of clientele. 5J Media is the brainchild of James Alire, an award-winning audio engineer who also incorporates video producer, web designer and all-around musician into his impressive arsenal of skills. Besides having served as the Sound Mixer, Sound Designer, and Re-Recording Mixer on numerous Arizona film productions, James also brings experience in the essential aspects of Video Production.

James’ ever-expanding portfolio of corporate, music, film and other types of video productions now includes his own recording studio located in North Scottsdale and available to key clients. The studio features green screen cyclorama and a custom built sound booth.

5J Media is designed to serve every media need of video, film, audio and corporate production,   from independent artists to large companies needing video services such as storyboarding, filming, directing, or editing, as well as audio engineering and/or complex web design, 5J Media can tackle it all.

Clients attest that James brings “precision, tenacity, diligence, and creativity on a consistent basis.” Multiple degrees and several years in the IT industry are the foundation on which he has built 5J Media. Added professional experience in marketing and cutting edge technical and social media savvy makes it possible for James to offer a full solution from start to finish. Though located in Phoenix, Arizona, 5J Media is available for any clients in the southwest corner of the United States.

Confucius said, “Find a job you love and you’ll never work a day in your life.” James understands and believes in that. His passion for what he does makes this more than a job for James and makes him keenly aware of the passion of others in the video production arena. Therefore freelancers of the same mindset find they work with him with ease and are assured that no project will be considered complete until it exceeds 5J Media‘s superior standards of excellence.

A strong work ethic, professional demeanor, and pursuit of perfection make 5J Media the multimedia consultant of choice for the wide realm of video production across many industries. Whatever your story is, 5J Media is committed to helping you tell it in multiple ways.

From the 5J Media Audio Blog:

“Her Calling”; A walk through the post production audio mix for one of LA Film Prize’s Top 20

I recently worked as the Post Production Audio Engineer (or Re-Recording Engineer) on a short film entitled “Her Calling”, which is a story about a girl who attends the first female college west of the Mississippi. But when the Civil War forces the school to close,...

Working from a new perspective: What went into making the “In the Deep” music video?

When it comes to being on set, I am usually there to record audio or do something audio-related, so when Ryan Nelson (of the Clydesdale Manhattan production group) asked me to step out of that role and help him with making a music video, I thought it sounded like fun.... 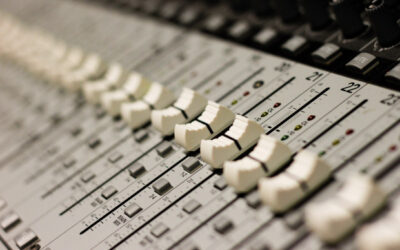 Oftentimes when people ask me how my week is going or inquire into how my weekend was, my answer is "I have been/was mixing all week/weekend". However, I almost always get a common response, after they tilt their head like a confused dog does, "What kind of mixing?"... 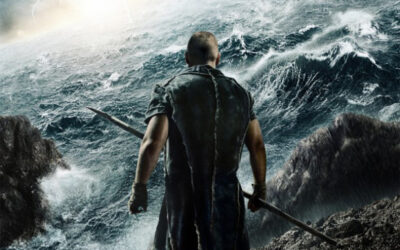 Noah, presented by Paramount Pictures and starring Russell Crowe, Emma Watson, and Jennifer Connely, released this past weekend. Many critics have mixed views on the films and the story adaptation itself. I didn't have much desire to see the film until I heard it...

Those who know me well know that I am a huge fan of the Marvel franchise, and especially the films connected to it. The most recent film, Thor: The Dark World, completely lives up to my high expectations. On a technical level, the film has some flaws - but they are...

Many recent blockbusters films have fit a mold so to speak, made of special effects, suspenseful action and explosions. Add in a couple big name celebrities, and you have a surefire return on investment. However, Gravity, directed by Alfonso Cuarón, positively smashes...