During the Summer of 2011 I had the opportunity to join the team of Running Wild Films to help with audio while they filmed their first feature, The Big Something. This was my first feature film, so I was anxious to get started, and I knew it would be long hours. We were planning on shooting the entire film in two weeks.

The first obstacle I had to tackle was the amount of wide shots the shot list called for. It meant I was going to have to use several lavalier microphones most of the time, rather than being able to boom everything. I used my Sennheiser ME-2 lav mics with the Sennheiser G3 wireless kit for all lav recording on this project. Placement of the mics was something which took various tests. Luckily I was able to come up with options that worked. They included hiding the lav in the shirt pocket of the main character if the scene involved a lot of movement, or taping the lav to the middle of the breast bone right where it caves in, if the scene was just dialogue. The breast bone option seemed to work best for most of the other actors as well.

Some scenes required a little more creativity. In the first image below, Rupert’s wardrobe (left) didn’t give me many places to hide a lav. Instead, I creatively taped the lav mic to the back of the dog statue pointed in his direction. For the most part this tactic worked, but during the scene Lewis (right) touches the straw hat. The sound was loudly picked up in the mic, so I had to do some editing during post to minimize the impact of the sound. A lavalier mic is also hidden in Lewis’s shirt pocket in this scene. 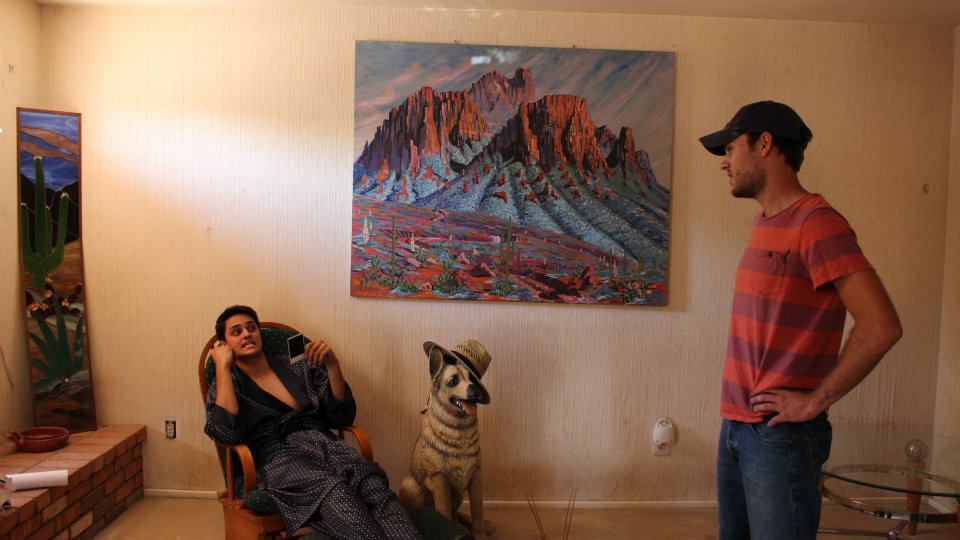 Scene with Rupert and Lewis. Lav mic on the dog statue and in shirt pocket of Lewis(right).

The next scene that took some creativity is when Lewis and April break into Harlan’s house. There were more characters in this scene than I had mics for, so I had to find a way to pick up everything at the same time. I decided to hide two lavs on the set, one hanging from the ceiling fan and one hidden in a flower pot. Then I set them to pan hard left and hard right, and used my Sennheiser MKH-416, panned center, to follow the action. I mixed everything on set at the time, basically bringing the lav mics down a little and using them to fill the space I would miss with the shotgun. For the most part I think it picked up the dialogue and action in this scene pretty well. 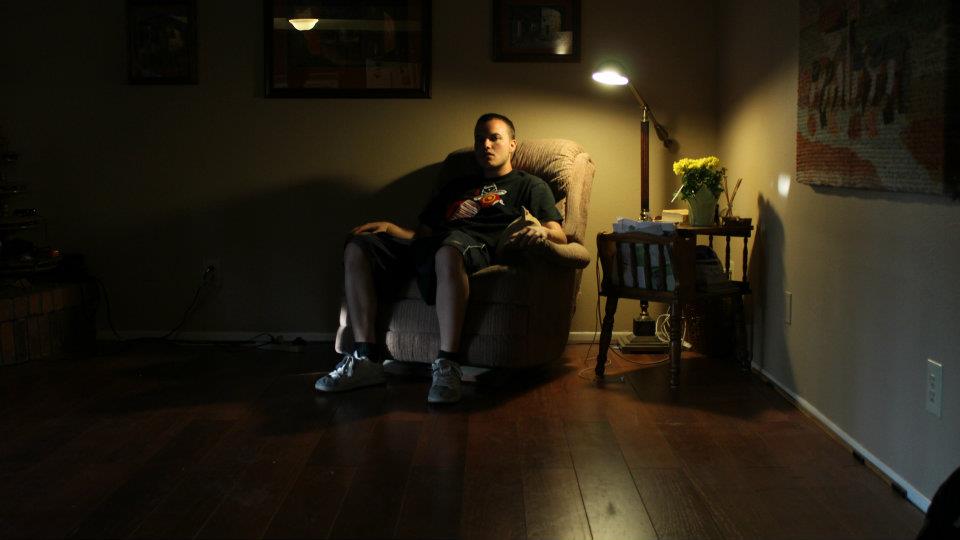 Other than these few difficult scenes, and hiding some lavs for shots in vehicles, the rest of the film audio was recorded using a shotgun mic. I used either the Sennheiser MKH-416 or my Audio-Technica 4035b hyper-cardioid mic, and recorded the audio into a Sound Devices 302 mixer and 702 recorder at 48k/24bit polyphonic .wav files. The hyper-cardioid shotgun worked a lot better in the low ceilinged environments, which helped prevent the dialogue from sounding like the actors are in a box.

Booming inside of the record store using the Audio-Technica 4035B Hypercardioid shotgun mic. 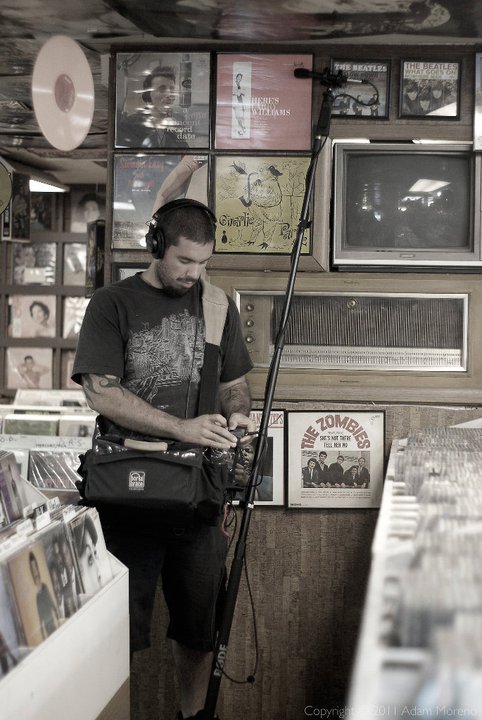 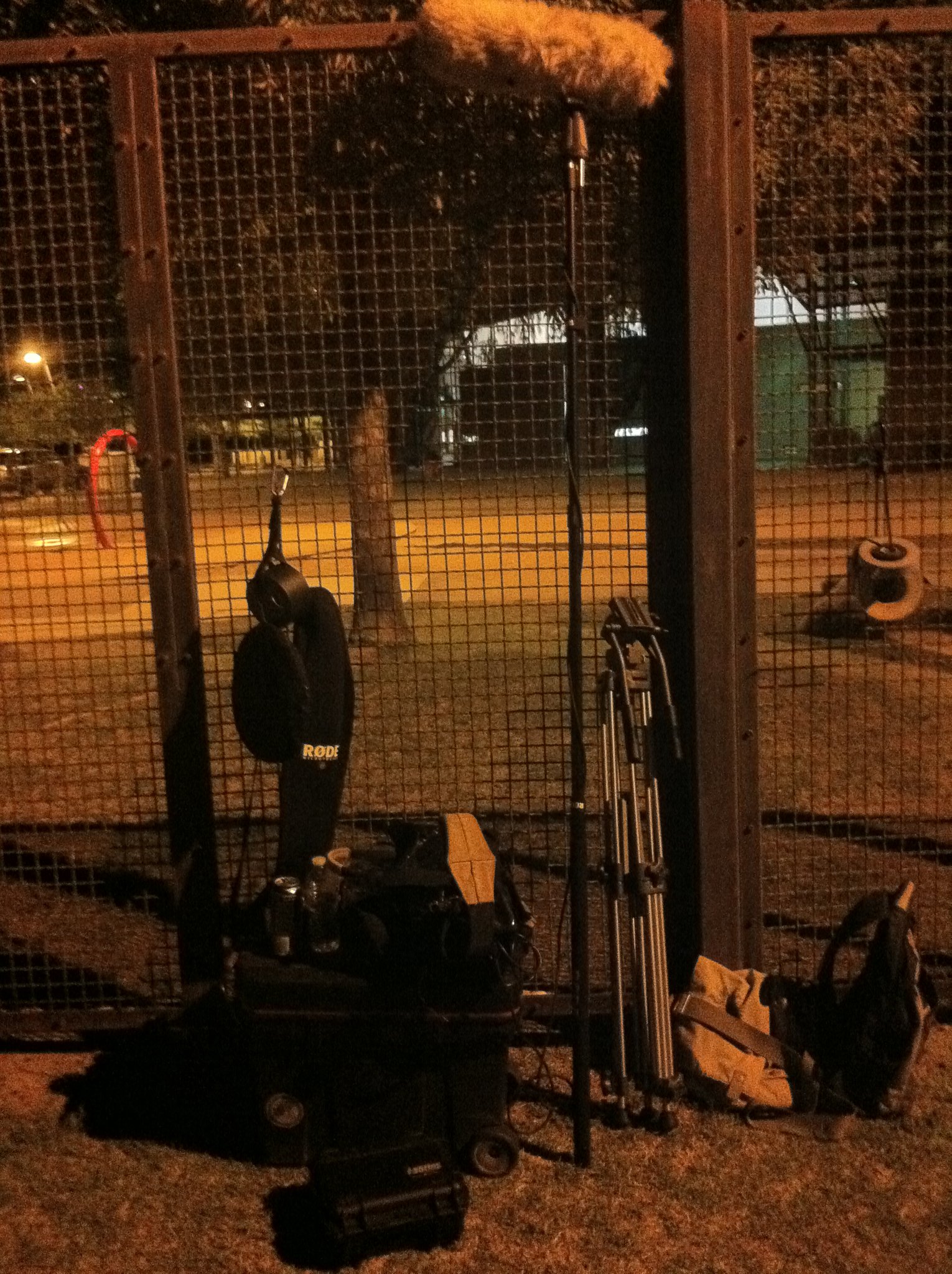 Audio gear while taking a break during a shot outside.

Once post production started, I knew I had a lot of work to do. I received the final edit from Director Travis Mills, and had about a solid month to mix all the dialogue and add music and SFX (Sound Effects). Luckily they had a very rough audio mix that Travis and editor Todd Hunt did during editing, which saved me some time. The first thing I did was go through the entire film to mix and level the dialogue. Some scenes were better than others in regards to what was recorded on set, but with no option of ADR (Automatic Dialogue Replacement, where voice sounds are recorded in post production), I had to work with what I had available.

After the dialogue was mixed, I started with the music. This aspect was fairly simple since I didn’t have to mix any actual songs.  I just had to adjust the levels to make sure they could be heard, but didn’t overpower the dialogue. Then, it was time to move onto the SFX. I think SFX spotting and recording probably is the hardest part of film audio, due to the fact that a 5 minute scene can easily have 100+ different SFX in it. Luckily this film wasn’t one of those. Most of the SFX I used were things like door sounds, ambient atmospheres, punches, etc. It was nothing too crazy, but it still took a good amount of time nonetheless.

In the end, the audio and the film itself turned out better than I think any of us expected. We premiered the film on October 27th, 2011, and so far the reviews have been very positive. I very much enjoyed working with this crew. By the end of the two weeks we became almost like brothers going through a war together.

Currently the film is available for a “donate to download” kind of price. You pay whatever you want to pay for the film. You can download the film at the Running Wild Films website, www.RunningWildFilms.com/store. 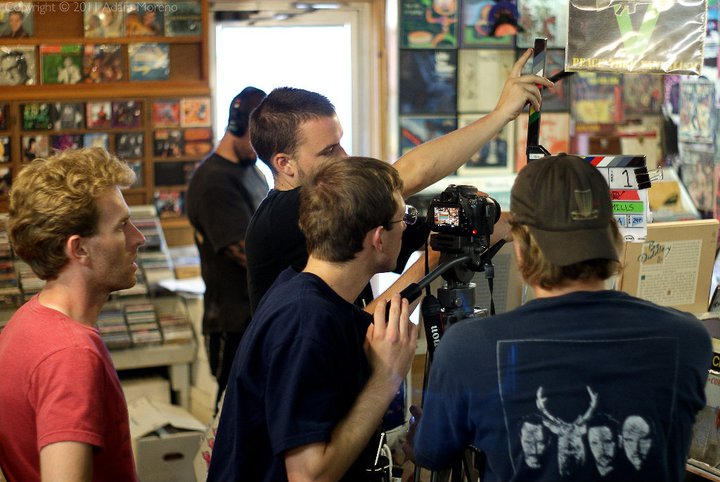 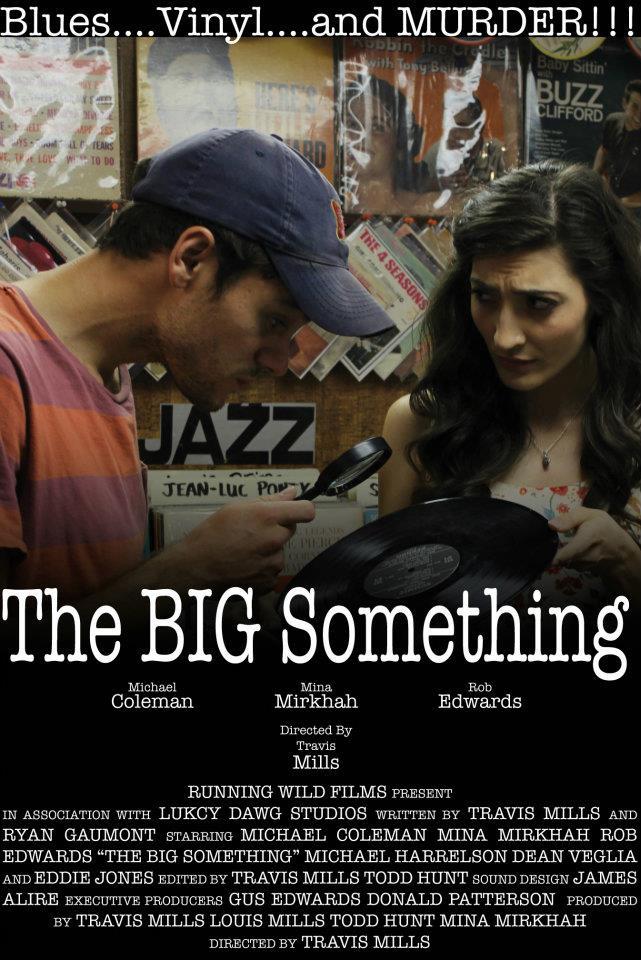 Official "The Big Something" Movie Poster