Life Without Art is Stupid: A Review of Re:Generation Music Project

I recently had the pleasure, or should I say the honor, to view a documentary called the Re:Generation Music Project on one of only two days it played nationally.

A quick synopsis of the film from ReGeneration’s website:

“Five DJs turn the tables on the history of music. Follow DJ Premier, Mark Ronson, Skrillex, Pretty Lights and The Crystal Method as they remix, recreate and re-imagine five traditional styles of music. From the classical perfection of the Berklee Symphony Orchestra to the bayou jams of New Orleans jazz, our five distinctive DJs collaborate with some of today’s biggest musicians to discover how our musical past is influencing the future.”

This film is a great depiction of the creative music writing process in it raw form. Everything from artists using terms like “Yeah, play that, but better” to dealing with unyielding musicians who only want to “do it their way” and aren’t willing to experiment.

Each of the five DJ’s was given a genre of music and instructed to record and edit a song for that genre, while mixing it with his own contrary style. Intense conflict often resulted when trying to combine two types of music from opposite ends of the spectrum – but the conflict led to hybrid creations that may have never been possible if not for the open minded approach that everyone (well almost everyone) brought to the recording table.

Mark Ronson, a British DJ, guitarist, and music producer, worked with several leading influences from the Jazz community. Ronson has produced a great deal of music in hip hop and R&B spheres, including contributions from his own project “Mark Ronson and the Business Intl.” For this project, he recorded at the famed Piety Street Studios and Preservation Hall of New Orleans, where he worked with Erykah Badu, Mos Def, Trombone Shorty, members of the Dap Kings and Zigaboo Modeliste. I loved watching the scenes with him because it showed more of what the creative process is like in a band.  It showed a bunch of otherwise ordinary guys in a cramped room bouncing ideas off of each other, and then saw them evolve it into something amazing through trial and error. The only thing I would critique with Ronson is that he didn’t inject as much of his own influence into the mix as may have been possible. He created a song true to jazz’s roots with an amazing New Orleans overlay and called it “A La Modeliste.”  I would have loved to hear a little more of his style in it, though in its own right, the song stands up to any jazz musician’s scrutiny. 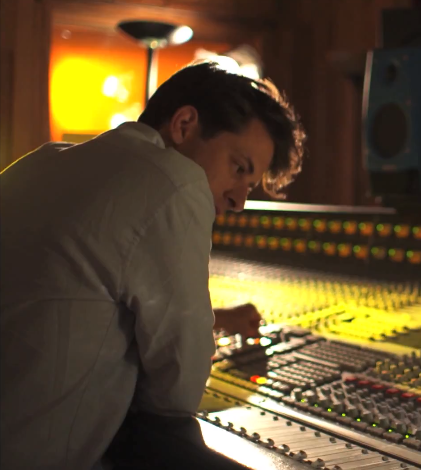 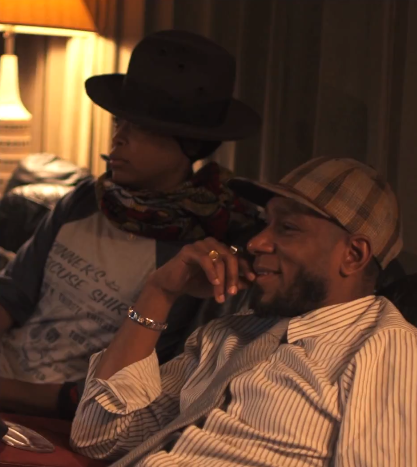 The Crystal Method headed to Detroit to work with Martha Reeves of the Vandellas and The Funk Brothers. Their goal was to create an R&B anthem that encompassed what the sad side of living in Detroit is really about- destruction, trials, and depression. Watching their repeated attempts to write lyrics struck a chord with all songwriters in the audience who have ever experienced writers block. In the end the duo, made up of Ken Jordan and Scott Kirkland, created a remarkable R&B song titled “I’m Staying” that has their signature electronic sound fully incorporated into it. It was one of my favorites in the film. 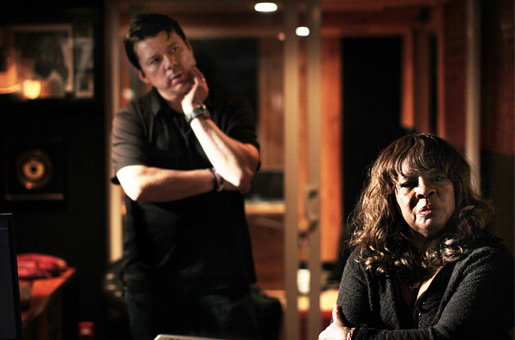 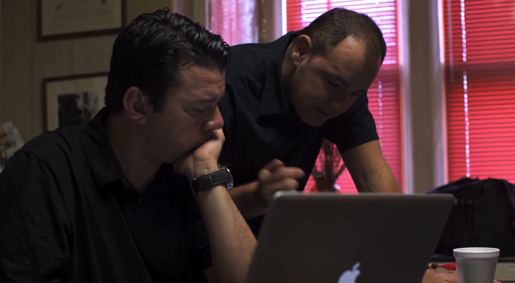 DJ Premier probably had one of the toughest jobs. He was given the genre of classical and worked to mix it with his Hip Hop background. He had the privilege of working with the Berklee Symphony Orchestra in Boston, and was able to get NAS to record lyrics for the finished product. Watching Premier take the time to learn the theory behind classical music and its complexity not only made me respect him as a producer, but it also showed how much of an art music really is. Viewers see him learning about music in an orchestral setting and taking the time to appreciate it for what it is, rather than just listening for something he can make loops out of as normal.  His humility allowed him to bridge the gap between two very different genres in his song, appropriately named “Regeneration.” 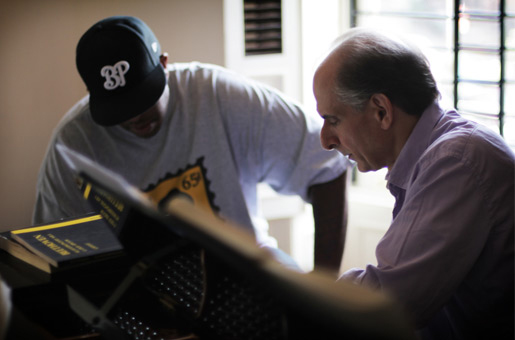 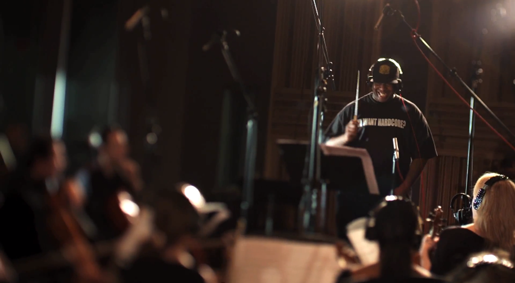 Pretty Lights may have experienced the most frustration of all the groups involved.  He was paired with Country music – and struggled to bend Dr. Ralph Stanley to his vision.  In one of the more poignant quotes of the film, Stanley says “I’d rather just do it my way” and exhibits staunch traditionalism which often countered Pretty Lights’s direction. As a result, this DJ had to find a creative way around, and ultimately brought in Leann Rimes to help add a modern twist to the old standard “Wayfarin’ Man.” 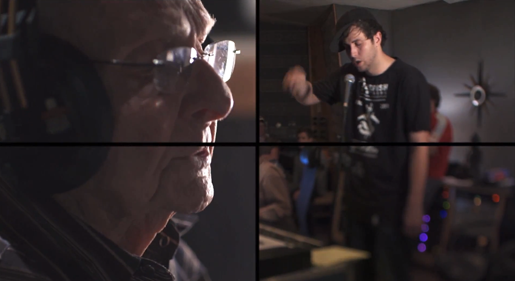 Probably the most enjoyable segment in this film, mainly because I am a huge fan, was watching Skrillex work with the surviving members of The Doors: Ray Manzarek, Robby Krieger, and John Densmore.  In multiple sessions, they created a surprising Rock/Dubstep hybrid. The greatest thing about watching these guys work together was seeing the enjoyment of it in their eyes. It may be a job, but it is never work when it is passion, and their passion was easy to see when watching these talented musicians together. A heartfelt throwback to rock’s roots came when Krieger, Manzarek, and Skrillex visited the Venice Beach home of Jim Morrison and reminisced on some of the most influential days in the history of The Doors. The awe was easy to see on his face when Sonny Moore, aka Skrillex, realized what a feat the collaboration was – and the resulting “Breakn’ A Sweat” lived up to my expectations. 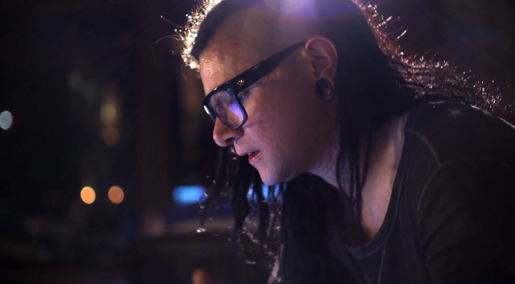 Re:Generation stands as a testament that music is constantly evolving, borrowing on itself for new inspiration, and has infinite possibilities.  The film was shot beautifully, catching iconic images of the cities involved, and transitions smoothly into the final product of each group.  Full performances were filmed of each song created, and the light shows and electronica completed the transformation of old to new.  Anyone who has ever moved to a beat owes it to themselves to see this film, and will be left wanting more.

You can watch the trailer and download the soundtrack for free with the widget below.