While taking vacation from a busy streak of web and audio work, I had the opportunity to see –and critique- Disney’s “Oz the Great and Powerful” and the sound design on its opening weekend. Like many films these days, “Oz” was released in 3D, so of course I chose to see it in that format. I was lucky to find it showing in a small theater near where I was staying and was able to sit in the audio “sweet spot.”

For those not familiar, the audio sweet spot is found dead center, two-thirds of the way from the screen to the rear of the auditorium. If viewers sit slightly off-center, the stereo effect is amplified since the dead center seat is the focal point for both audio channels. This is different from the visual sweet spot, which focuses on distance and degrees from the screen, and assumes the theater does not have the new Dolby Atmos setup. 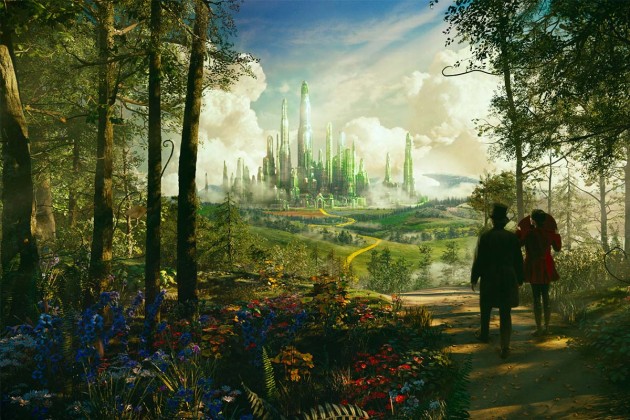 The film was mixed in SDDS, Datasat, and Dolby Digital formats. Some action packed blockbusters lately have required blasting in-your-face sound designs for aliens or master villains. The beauty of Oz’s sound is instead found in the complex yet subtle effects of the sound design, which make the film a magical experience.

My favorite design element is the sound of the flying monkeys. In the 1939 film, they sound like a cross between a whining pack of dogs and a flock of pigeons begging for food in a park. Combined with the frightening visuals, I am sure the monkeys were terrifying to children, but for 2013 it needed an upgrade. For “Oz the Great and Powerful,” a fierce effect was created which sounds to me like a mix of gorilla grunts and a synthesized condor or eagle screech. The result is something like a futuristic Pterodactyl. Excerpts of both sounds are below.

The rest of the film is filled with tiny “magical” sounds meant to take viewers into a world of fantasy. One character is China Girl, a shin high doll made of china whose family and entire village was destroyed by the flying monkeys. My favorite design aspect for her is the sound she makes when walking. The designers probably could have gotten away with normal sounding footsteps but instead created a tinkling sound, at times sounding like glass feet walking on tile. 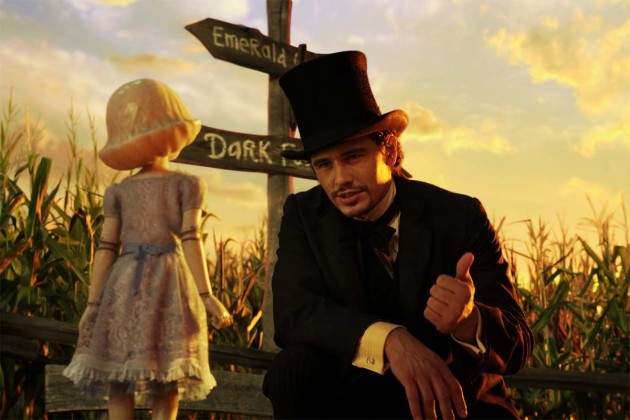 Much of the world of Oz is made up of emeralds from the vegetation to the terrain (hence the name “Emerald City”). In the film, we hear what floating through an emerald city in a bubble is like. The gurgling bubble sound is expected, but the sound of a crystal wind chime combined with the 3D visuals made for many gorgeous scenes in the film. These sounds, coupled with a great score make the fantasy come to life. 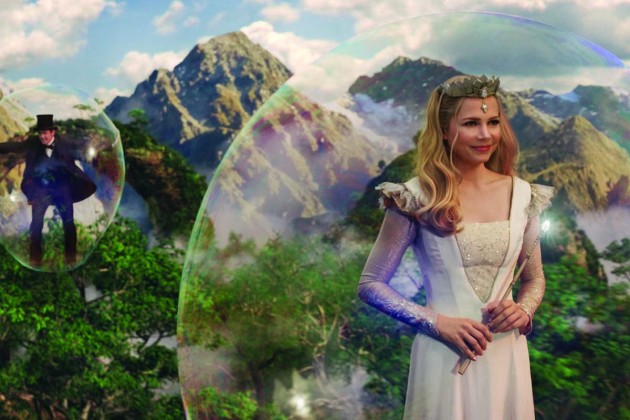 The Music of Oz

Danny Elfman composed the music for the film, which is surprising considering that he and Raimi had their differences with Spider-Man 2, and it seemed that they wouldn’t work together again. In my opinion, Elfman’s work has become less creative in recent years. The opening theme of “Oz” and the haunting music in the early scenes is powerful, but much of the score is unremarkable. Nothing is poorly done by any means, but so much more could have been done, if only Elfman had taken more than six weeks to produce it.

Regarding the tonal quality of the score, Elfman stated, “We’re going to take an approach that’s old school but not self-consciously old-fashioned. Let the melodrama be melodrama, let everything be what it is. I also think there’s the advantage that I’m able to write narratively, and when I’m able to write narratively I can also move quicker because that’s my natural instincts, I can tell a story in the music.”

My favorite music of the film is the song played when the Wizard opens the music box. For some reason this song is perfect. It has the tinny tone you would expect to hear from a music box, but the song itself captures the emotions of hope and surprise. It is a lilting tune, and is the perfect accompaniment to Theodora in this scene. In the example below, the sound begins as a music box and magically transitions to a full orchestral symphony. 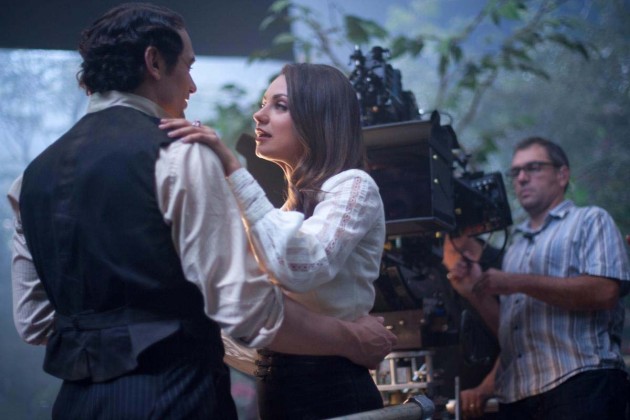 Good sound design is the touchstone of spectacular films – it can literally make or break a project. With Oz, the captivating story line appeals to older adults who grew up watching the original, as well as to children who simply get caught up in its magic. Though the musical score doesn’t necessarily do it any favors, the creative effects make it possible to suspend reality and truly escape to another world… A world full of wizards, witches, and the still-creepy flying monkeys. Make sure to see it in 3D if you can!

All images © The Walt Disney Company