The newest release from Walt Disney Animation Studio is a film call Wreck-It Ralph. Directed by Rich Moore and Sound Design by Gary Rydstrom Wreck-It Ralph is a computer-animated tale about an arcade game “bad guy” who wants nothing more than to be the “good guy.” 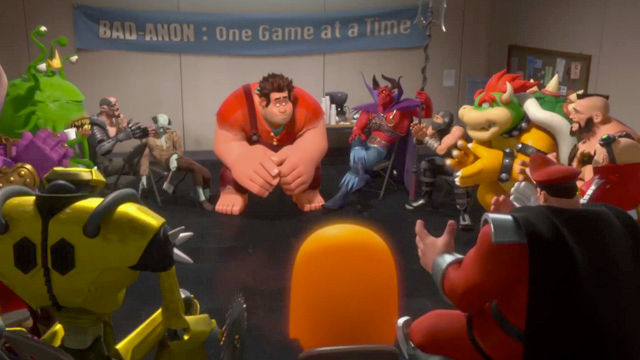 The biggest stand out feature of this film is the music by composer Henry Jackman. His role here was fluid, as he had to create music for two different genres of games. There was the 8-bit sounding game music from the old school games that Ralph was from, as well as the more theatrical sounding music for the newer games that Ralph finds himself traveling through. With these two types of music, it was up to Re-recording mixers Fluhr and Rizzo to make each game sound like a different world. A lot of the music was mixed to sound more chiptune (8-bit sounding), as well as some of the dialogue. However, the dialogue was not converted into full 8-bit since it likely wouldn’t be intelligible to the human ear. The film also had some great sound design from Gary Rydstrom (Saving Private Ryan, Terminator) who did a great job at creating the foley for each of the game characters. Not only was he able to give the characters the audible aspects of a video game character, but he made it work in a way that it was subtle and gave the characters a sense of realism.

The film is being reviewed as one of the best animated films to come from Disney. Overall it seems to be well-received by both fans and critics. In fact, critics have claimed “Wreck-It Ralph compares with the Toy Story movies. It’s the equal to those films in terms of joy, character, sweetness and, most of all, heart” and “Wreck-It Ralph combines a fresh idea with a true love for retro pop culture. It’s hard not to love this movie.” Personally, I love most things Disney puts out, and I know the amount of audio work that goes into an animated film. Literally everything has to be created, so when it is done well it is truly magical.